Shimon Peres President of the State of Israel stands near sign '' 100% natural ''.

Shimon Peres is the ninth and current President of the State of Israel. Peres served twice as the Prime Minister of Israel and once as Interim Prime Minister, and has been a member of 12 cabinets in a political career spanning over 66 years. Peres was elected to the Knesset in November 1959 and, except for a three-month-long hiatus in early 2006, served continuously until 2007, when he became President. Shimon Peres is a Polish-born ( 2 August 1923 ). 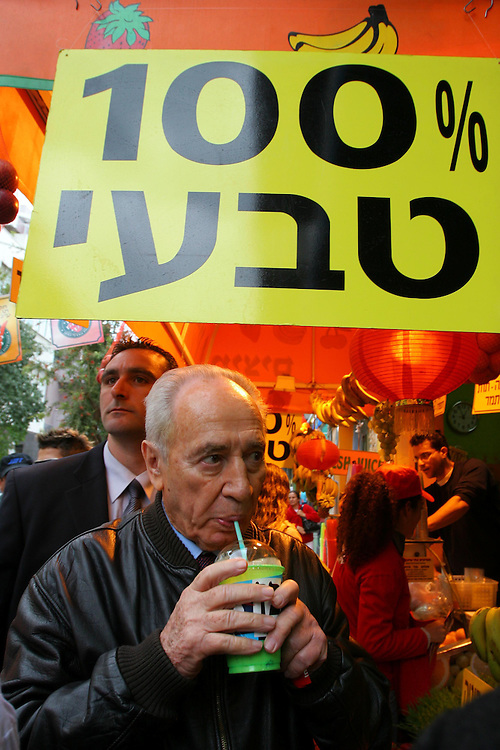