Tel Aviv Samsung Marathon February 27, 2015
Some 35,000 runners participated in the marathon, which was rescheduled to an earlier hour in the morning in anticipation of the heat wave which reached its peak later in the day.
Runner William Kiprono Yegon of Kenya broke the marathon record, crossing the finish line with the clock at 2:10:30. Second and third places were captured by Kenyan runners Joyce Kilimo and Munyeki Charles.

The first Israeli to cross the finish line was Ran Alterman, who completed the race in two hours and 37 minutes. 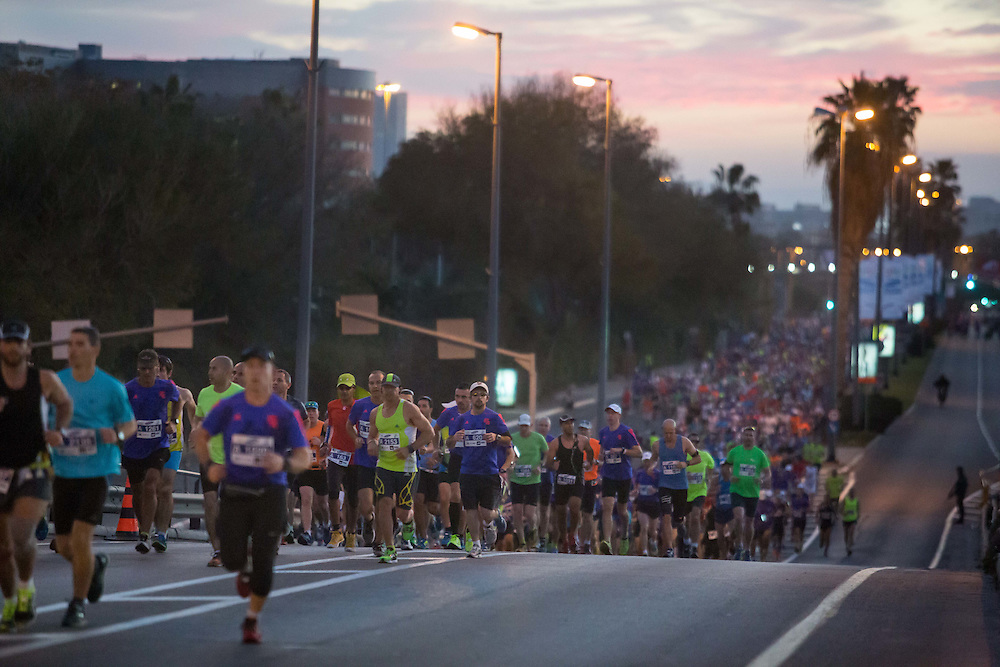